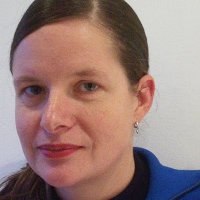 Anuschka Kutz is an architect, urbanist and academic. She is currently a Visiting Professor at KU Leuven, Belgium, where she teaches on the Architecture: Urban Projects, Urban Cultures Program (International Masters, Brussels Campus), and a Senior Lecturer in Architecture at the University of Brighton, UK. ​She is also co-founder of OFFSEA / office for socially engaged architecture and urbanism (Andrea Benze and Anuschka Kutz), a collaboration working on projects that fuse research and practice, with work located in the field of architecture, urbanism and art, with a focus on social engagement and participatory projects. She has been research active since 2002.

Anuschka’s research focuses on the correlation between everyday practice and personal, urban and collective space. She employs spatial ethnographic methods to undertake detailed, forensic close-up studies into the lived space of specific groups or individual protagonists, to then relate these field insights back to larger systems and frameworks that govern the urban and spatial realm. In search of the often invisible and at times messy, contradictory, opportunistic and both formal and informal nature of spatial practice, where the domestic, shared, collective and urban realm crisscross one another in sometimes surprising and unorthodox ways, she traces personal social networks and spatial tactics to unveil how everyday patterns of appropriation co-relate to larger urban systems and how they contribute to form space. At the same time these close-up studies serve as probes into how wider socio-economic and cultural territories and frameworks impact upon individual lives. Research is situated in urban, suburban and rural realms as well as more recent mutations of such concepts (Sieverts 2002, Soja and Kanai 2006) and deals predominantly with the notion of space as a (socially, culturally and economically) produced entity (Lefebvre 1991, De Certeau 1980), whereby the physical site is rarely treated as an a priori defined context of geographic proximity, but is rather constructed via the forces and alliances of spatial practice on all scales (Sassen 2002, Albrow et al 1997), producing a physical understanding of space that challenges conventional ideas of neighbourhood, locality and community. Her work embraces spatial ethnographic methods and often combines close-up fine-grain qualitative studies with larger scale research, seeking to refute a foreshortening of the diverse and at times contradictory dimensions of the lived context. Since 2012 she has engaged with the topic of Ageing, in a quest to trace and dissect the so far little understood daily practices of the older generation in a time where the global demographic development is heading for increasingly ageing (and at times over-ageing) societies at a scale that we have never experienced before (UN 2002). In 2012-14, Anuschka Kutz and Andrea Benze were awarded a Research Fellowship at Academy Solitude in Stuttgart, Germany, where they created Urban Portraits. Seniors their world and the city. Stuttgart, a pilot project that fuses ethnographic and architectural methods to decode informal everyday urban and domestic spatial tactics that older people use to navigate the city. She continues to work on this issue.

Biographic notes
Born in Berlin, Germany, Anuschka studied Architecture in Berlin and Moscow, finalizing her studies with an award-wining Diploma project at the TU Berlin (1994). She earned a Masters degree in History and Theory of Modern Architecture at University College London (1997), and worked for the internationally acclaimed architectural practices of Zaha Hadid and Michael Hopkins, before returning to the academic framework to which she is committed since 1998, first at the Technical University of Berlin, the London Metropolitan University, Kingston University and now at the University of Brighton and KU Leuven. She also acts as invited lecturer and critic in other institutions and universities. Most of her recent projects were undertaken in collaboration with Andrea Benze, Berlin / Munich, in the format of their joint platform OFFSEA. Their work has been exhibited, published and funded widely.
See http://arts.brighton.ac.uk/staff/anuschka-kutz, for a more extensive account of recent publications, esteem, exhibitions and work.