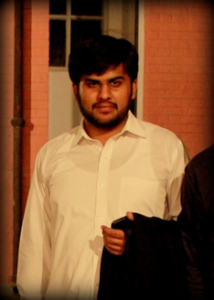 Ahmad Adeel is a Doctoral candidate in Architecture at KU Leuven having past experience in Urban & Transport Planning. He attained his postgrad degree in Transportation Sciences (Mobility Managemnet) from Hasselt University Belgium and holds his undergrad degree in City & Regional Planning from University of Engineering and Technology Lahore. He is a research scholar from Higher Education Commission Pakistan working in the area of ‘Land use and Transport interactions’. He is an intense researcher, a designer and a software analyst in his disciplines. He has also worked as a researcher in Aalborg University, Denmark under the project of ‘transit based access’, which gave him the opportunity to work explicitly on different urban planning and transportation issues. Besides, his academic qualification, Adeel holds work experience in the metropolitan planning, urban development and transportation sector where he has proved himself to be a competent individual and team player. His past positions include working as an Assistant Director at Lahore Development Authority (Lahore).

Government of Punjab (Pakistan) has developed state of the art mass transit systems in the form of Bus rapid transit (BRT) and Light Rail Transit (LRT) in Lahore City. PhD research of Adeel focuses on highlighting the impacts of these mega transport infrastructure projects on the transformation of urban fabric of Lahore. He is working under the supervision of Dr. Kris Scheerlinck.