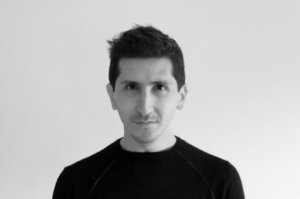 He graduated as architect in 2012 from the Facultad de Arquitectura y Urbanismo, Universidad de Cuenca in Ecuador. He has been awarded with two full scholarships from the SENESCYT ( Ecuadorian Secretary of Higher Education,Science,Technology and Innovation)  to obtain a Master  of Science in Architecture at Politecnico di Milano in 2016 and to develop his current research at KULeuven respectively. Since 2009 Xavier has collaborated with several architectural firms in his country developing a wide range of projects at the architectural and urban scale.

He is currently engaged in doctoral research that explores how spatial strategies in collective spaces can contribute to enhance social resilience. The project takes Guayaquil’s vulnerable neighborhoods as case study and is being developed under the supervision of Prof. Kris Scheerlinck (prom.) and Prof. Hans Leinfelder(co-prom.)