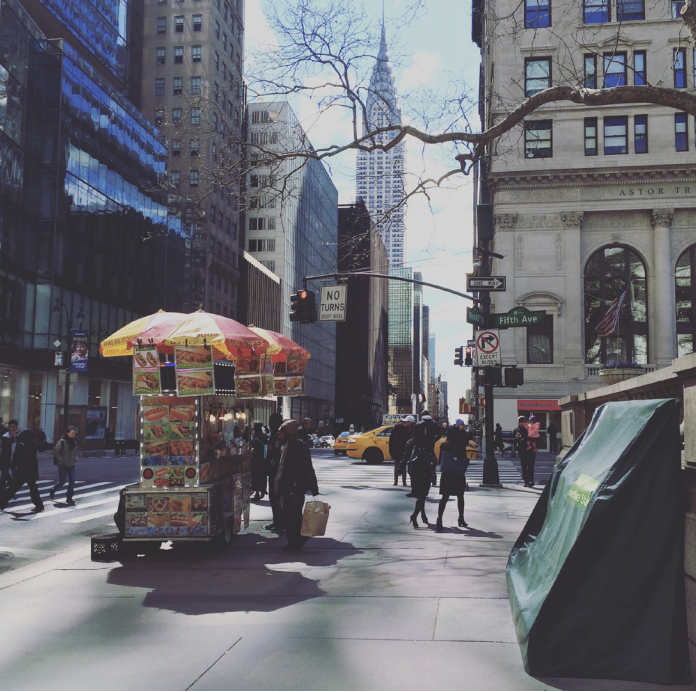 This summer school Productive Sidewalks in New York aims to achieve new critical insights about multiple and temporary productive uses of space and changing policies. The summer school seeks to identify and understand the changing mechanisms behind the planning, design, policies and use of the city’s sidewalk. A reader (incl. maps) is provided to each participant before the start of the summer school, to maximize the on-site readings, explorations. This hands-on summer school aims to generate new urban design strategies on different case study locations in New York City.

The summer school is linked to an on-going theoretical research on the productive character of New York City’s sidewalks. This project focuses on how sidewalks play, as collective spaces, a significant role in the transformation of the urban fabric in dense urban conglomerations. The fact that those sidewalks have a productive character linked to an economic development is often overlooked. This research project investigates into the changing role and meaning of that productive character and the multiple and parallel temporary uses of space. In the city of New York, these productive mechanisms played a historic role in the definitions of the identity of places. At the same time, one can detect recent societal, entrepreneurial and governmental conditions changing the way collective spaces are read, designed and used. 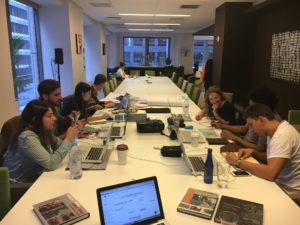 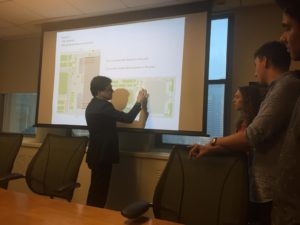 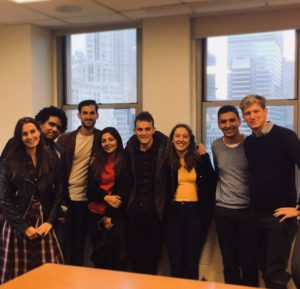 The summerschool took place from 10 to 18 september 2018 in New York City and belongs to one of the four programs at the NYhub (https://arch.kuleuven.be/internationaal/thenew-york-hub) for Research and Practice in Architecture.