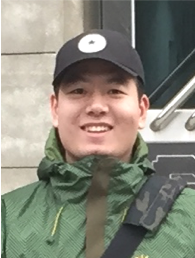 Yiping Zhang was born in China in 1992. He majored in Architecture in Northeastern University (Shenyang, China) as undergraduate from 2011-2016, and received his master degree in architecture history and theory at Harbin Institute of Technology in 2019.In the postgraduate period in HIT, his research focused on industrial architectural heritage in Heilongjiang province, which is typical and important in Northeast China.

Funded by the China Scholarship Council (CSC), he is working as a PhD candidate in the Faculty of Architecture, KU Leuven. The title of his project is History, Space and Heritage: A Critical Socio-spatial Analysis on Workers’ Villages in Post-industrial Northeast China, which is a continuation of his master’s research. This project seeks to investigate in depth three workers-districts (called workers’ villages) built by the Chinese government under the assistance from the Soviet Union in the period between 1950s-1970s.

His research is supervised by Prof. Yves Schoonjans.