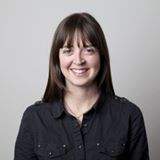 María Cecilia Chiappini (1983) is a PhD Candidate in Architecture at the University of Leuven (Department of Architecture), Belgium. She graduated as an Architect from the Facultad de Arquitectura, Diseño y Urbanismo, Universidad Nacional del Litoral, in Argentina (2007). She worked in architecture private practices at Mecanoo Architecten in Delft, The Netherlands (2013-2015) and at IN-VI Investment Environments in their offices in Bratislava, Warsaw, Ticino and Cannes (2008-2009). He contributed to the development of the Territorial Strategic Plan of the Province of Santa Fe, and worked as an Assistant Teacher at the Urbanism Studio at her home university in Argentina (2010-2011).  In 2011 She was awarded a scholarship by the Swiss Government to pursue the Master of Advanced Studies in Urban Design at ETH, Zurich, Switzerland.

Her research is focused on the spatial configuration of collective spaces within formal/informal dynamics, particularly focusing on the relation between urban transformation and infrastructure. She is currently addressing the Case of the Plaza de las Glorias Catalanas, Barcelona, under the supervision of Profs. Kris Scheerlinck and Yves Schoonjans.