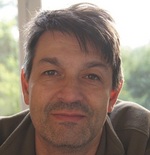 The research is focused in two intermingled lines. (1) The first line researches the ‘mechanisms on theory-building’ with a special attentiveness to the relation between theory and daily practice and the development of (ideological) discourses. In the research-methodology the focus is beside pure text also on other media and expression as images, construct of journals, manuals, artefacts, … and their interrelations. Architecture is tackled as a wide cultural phenomenon and its relation to ideas, discourses and practices. (2) The second research line is closely linked to the first and brings it towards ‘modest heritage and local identities’. Heritage is seen here as what we inherit, or, the built that is constructing the city. Also here the emphasis is laid on the development of informal and local discourses. Local identities play an important part towards understanding the existing fabric and the way it is appropriated, towards the use of collective spaces and sustainable urban development, interactive regeneration and adaptive re-use. He was involved as partner and lead-coordinator in different international programs (Erasmus, Mundus and ALFA) and participated in different project, especially in Latin America.