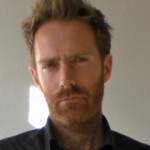 He directs an international research project on depth configurations in urban projects, called Streetscape Territories and promotes related PhD projects. Streetscape Territories is the name given to an international research project that focuses on the transformation of the urban fabric and considers its streetscapes the protagonists. The research deals with the way architectural artefacts, open space, the property structure and its inherent accessibility and permeability configure streetscapes and how their inhabitants can give meaning to them.

This project focuses on models of proximity within a street, neighborhood or region and starts from the assumption that urban space, from the domestic scale till the scale of the city, can be understood as a discontinuous collective space (de Solà-Morales, 1992), containing different levels of shared use that are defined by multiple physical, cultural or territorial boundaries (Scheerlinck, 2013): how do people and buildings relate to each other and how does it contribute to the local identity of the built and social environment.
The intermediate scale, that is the scale between the architectural intervention and the urbanistic plan, defines the research domain. Within this research project, collective spaces that are characterized by an “between/among” space condition are read, mapped or designed: systems of streets, squares, gardens, parks, but also patios, porches, enclaves, covered or portico spaces, courtyards and all other interstitial areas are subject of research.

The research consists out of systematic and comparative analysis of existing neighborhoods, streetscapes, public spaces, urban landscapes or complex buildings in different locations, based on research by design. It includes multiple approaches from different disciplinary fields and considers research and design simultaneous and integrated processes of developing urban projects. It consists of a group of designers and doctoral and postdoctoral researchers with international expertise in making architecture and landscape at an urban scale: instead of having a programmatic or formal approach, this group focuses on the qualities or potentials of the urban landscape, taking into account the socio-cultural impact of an intervention.
The reading and use of collective spaces, as an important part of inhabiting the urban landscape, is greatly changed due to environmental, economic and social developments: changing climate, financial crisis and balancing employment rates, political regimes causing changes in ethnic or religious dominance and new flows of migration change the meaning of urban space and by that, its proper use and appropriation. Users change their behaviors, attitudes and claims of squares, gardens, streets and parks, respondent to the incisive and profound changes of their daily reality and opportunities.

Collective space- today more than ever projected by academics, practitioners and stakeholders as multiple, flexible and open- is contradictory to the apparent increasing need and desire to secure boundaries and claim spaces explicitly, in an individual as well as in a collective way. While the need to rethink and build new types of collective spaces grows (Avermaete, 2007), more effort seems to be put into separating, delimiting and specializing urban space from the scale of the domicile to the scale of a neighborhood or the city. The Streetscape Territories research project seeks to study this balance of parallel mechanisms of space production in different contexts and test the outcomes through real life projects, considering the local neighbors stakeholders as main actors and beneficiaries.
As part of this project, various on-site workshops and seminars are organised with groups of international researchers, students, young professionals and local actors, to test the theoretical framework about depth configurations, accessibility, permeability and territorial boundaries on site.