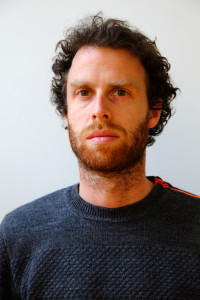 Jan van Hoof is a Dutch architect, researcher and designer based in Belgium. He graduated from the Design Academy Eindhoven/ Man and Public Space. And received his master’s degree in architecture at the Academy of Architecture in Tilburg.

Within his thesis, he did research on the influence of the physical environment on the social structure within a village in Netherlands. He was supported by Dr. Kris W. B. Scheerlinck as a mentor of his project. The project consists of a theory based on the onsite research and the strategies he developed based on this theory.

As an independent architect, he worked for several offices in the Netherlands and Belgium, in addition, he was as a designer and researcher involved in various projects and his autonomous work pas exposed in many exhibitions and publications around the world.