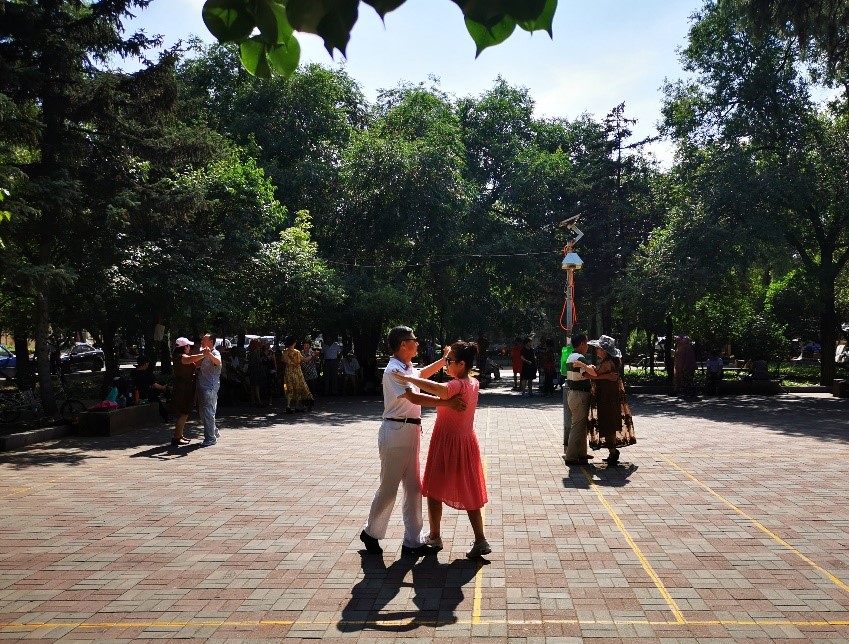 Workers’ villages played an important role in the identity building of the first decades of the People’s Republic of China (PRC). During the first and second Five-Year Plan from 1953 to 1962, the former Soviet Union assisted new China with almost all aspects of national construction. The paramount assistance from the Soviet Union is the “156 Key Projects”, which consisted of 156 industries, were workers’ villages (living quarters) were linked with. A workers’ village is an, often large, residential area in the near proximity of the factory. It was a crucial mainstay for the novel community life in synchronization with the ideology of the new State. Collectiveness played an important part in that ideology. The very small dwelling units were compensated by a collective infrastructure and collective spaces to empower communal life.

In the last decades Northeast China, like other rustbelt areas, underwent a setback since Chinese economic Reform and Opening Up in 1978. During recent decades, this process resulted in deterioration and poverty in Northeast China’s post-industrial zones, especially in the workers’ villages. Also, the ambitions towards ideological communal life from the State have partly changed. But they are often still seen as an asset by the local inhabitants. Those changes are putting pressure on the collective spaces and facilities, and by this on the communal life within a cultural heritage identity. Those historical blocks and buildings are part of China’s recent heritage built with and for a community, adding qualities to urban neighborhood life and place identity. It is important to understand those qualities in function for future strategies.

This research project seeks to investigate in-depth three workers’ villages situated in Northeast China as the strongest industrial base in the whole China. They were built by the local government (or local state-owned enterprises) under the assistance from the Soviet government and experts in the first and second Five-Year Plan period: (1) the Tiexi Workers’ Village in Shenyang, (2) the FAW Residential Area in Changchun, and (3) the Village of Powers in Harbin. The aim of this project is (1) to develop a historical understanding of urban and architectural Soviet-style steered city planning of those workers’ villages, especially related to the collective spaces of the village and (2) to understand the present use from a socio-spatial perspective to reveal the macro-background of the emergence of the workers’ village in Northeast China, and how societal activities and private lives performed/performs in such collective spaces. The project is mainly aiming at understanding the collective spaces of that environment. The project will investigate how this knowledge can be projected towards innovative regeneration strategies towards future socio-cultural sustainable neighborhood development.