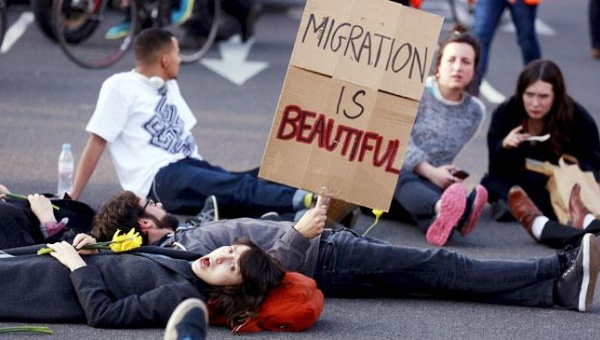 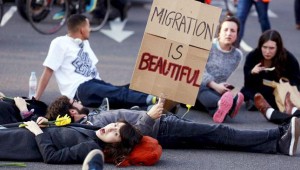 During the last decades collective spaces around Europe have been changing rapidly. We are witnessing the emergence of a new condition called ‘super-diversity’. This term a level and kind of complexity surpassing anything the European cities has previously experienced (Vertovec, 2015). It is a new condition of permanent increased, varied and fragmented migration of multiple origins that can be detected in European cities. This new condition surpasses the conventional way inter-culturality and diversity are understood and faces us with new challenges in urban uses and how urban identity is constructed (Meissner F. and Vertovec S. 2015).  Overlapping needs cause super-diverse conflicts and make it difficult to be inclusive and engaging in outreach (Diversity & Equality in Planning Report UK, 2014). In this context, making of collective spaces today is a complex practice that requires the integration of dynamic aspects of ethnicity, languages, religious tradition, regional and local identities in the urban landscape.

In order to deal with this rapidly transforming complexity, there is a need to make a more profound study into novel ways of understanding, recognizing, representing and making collective spaces, especially at the intermediate scale (the scale between the architectural project and the urban fabric as a whole) as this scale allows to establish more direct contact and stimulates higher involvement of citizens in the planning and design process of the spaces they share in the city. This profound study should afford multiple readings and uses of collective spaces and address the key-set of issues introduced above. This emerging “urban condition” has to be tackled in a trans-disciplinary way; making links and crossing the disappearing borders between sociology, anthropology, urban geography and informatics but also to architectural and urban practices and design for the future (Nilsson and Dunin-Woyseth, 2011).

Project in cooperation with international partners.

Photo: Reuters  This content was originally published by teleSUR at the following address:
“http://www.telesurtv.net/english/news/People-Across-Europe-Protest-Inhumane-Immigration-Policy-20150424-0010.html”